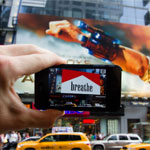 Seems I May Have Mislead People… Sorry

As part of my talk at At The Vanishing Point on Saturday, I used the virtual billboard defacing project Augmented Reality Advertising Takeover (see the video at the bottom of this post) as a simple example of how to create a piece of mobile augmented reality art for the Junaio app. I claimed that all [...]

Posted in DIY | Leave a response 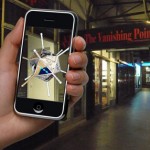 The Information Virus @ At The Vanishing Point

When I did the final batch of set ups for Melbourne and put the map up on the site, I figured that was the end for (Un)seen Sculptures. I planned to bid it a fond farewell then move on to other projects. Since then, however, parts of it have duplicated, mutated, and moved on to [...]

Posted in Shows | Leave a response