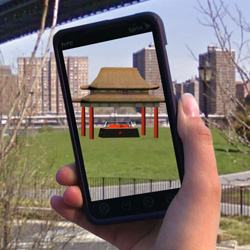 The augmentation is inspired by the crystal coffin displayed in Mausoleum of Mao Zedong on Tiananmen Square, Beijing since 1977, a year after Mao’s death. In the twenty first century, while China has been transforming itself into a modern society in many ways, and gaining more influences economically and politically around the globe, Mao’s crystal coffin, the immortal-looking shell, remains exist as a symbol of authoritarian ruling system. Since spring 2011, a crackdown on dissent – including detaining many intellectuals and members of religious group – followed by distinct signs of revival of Maoist policies, has left people baffled about the future direction of China..